Call Now For Any Repair or Installation 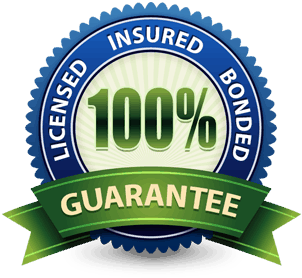 Garage door spring repair is no easy task, but you can’t afford to wait for days until the garage door company arrives. We understand that time is money, and you need your garage door fixed as quickly as possible. That’s why we offer 24/7 service in Virginia Beach, VA. Call us today at (757) 500-8771!

Our team of highly trained technicians is available any day of the year to fix or replace damaged springs on your garage doors. We also provide maintenance services so that future problems can be avoided before they happen.

ASAP is here for you 24/7, with same-day repairs available in most cases! We know how important it is that our customers get their doors fixed as soon as possible, which is why we offer this fantastic service free of charge. Our technicians are friendly and experienced, so they’ll have your door working again in no time flat. Call us today if you need emergency assistance or just want regular maintenance on your garage door opener and springs.

When Your Garage Door Breaks, You Need A Reliable And Affordable Solution! Our Experts Will Get Your Broken Springs Replaced Within No Time!

The problem is that most people don’t know how to fix their garage door. We’re the best and fastest solution for your garage door problems because we can do it all. No matter what kind of issues you have with your garage door, we will be able to help you solve them quickly and efficiently. You may think that a broken spring is not something serious, but if it’s left unattended, then the situation could get worse very soon. That’s why our technicians are available 24/7 in Virginia Beach, VA area for emergency services.

Our company offers comprehensive solutions for any type of problem related to doors or openers on both residential as well as commercial properties. We are highly skilled at handling different kinds of issues including broken springs, rollers, hinges etc., within no time. All our services come with an assurance of 100% customer satisfaction which makes us one of the best companies operating in this field today.

With ASAP Garage Door Repair, you will never have to worry about the cost of fixing your broken garage door again. We offer very competitive prices for all our services and we can fix any problem that comes our way. Whether it’s an opener or a spring issue, we’ve got you covered. If your garage door is not functioning properly, call us at (757) 500-8771 today! The Best Choice for Your Garage Door Spring Repair and Replacement in Virginia Beach, VA

It’s not easy to find a reliable company when you need garage door repair service in Virginia Beach, VA. Our company is the best choice for your garage door spring repair and replacement in Virginia Beach, VA, because we provide 24/7 services at affordable prices. We are available 365 days per year, including holidays. You can call us anytime or schedule an appointment online with just one click of the button.

At ASAP Garage Door Repair, our team of professionals will get your broken springs replaced within no time. We offer quick estimates on all repairs so that you know how much it will cost before starting work on your door. All our technicians are licensed and insured, so you can trust them with repairing or replacing any part of your garage door system that needs attention. Call us today at (757) 500-8771 to learn more about our services or to request a quote! Call Us Anytime or Schedule An Appointment With Us Online for Spring Repair! If your garage door is not working, you need a reliable company to repair it. We are the leading company for garage door spring repair and replacement in Virginia Beach, VA. Our team of experts will come on time and fix your problem quickly at affordable prices. You can call us anytime or schedule an appointment with us online.

ASAP Garage Door Repair is a reputed company for garage door spring repair and replacement in Virginia Beach, VA. Our technicians have years of experience repairing all types of broken springs, including torsion springs, extension springs, etc., as well as any other parts or components that may be damaged due to wear & tear over time, such as rollers & cables. We also provide regular maintenance services so that your doors function properly without causing damage to the rest of the system.

How do I know if a replacement garage door spring is needed?

A broken or worn-out torsion spring system will generally affect your garage door’s functionality. If you notice that your door goes up slower than it used to, or if you hear loud noises while the door is going up and down, then it’s a good indication of a broken spring.

What type of spring am I replacing?

Torsion springs are generally the more common ones that people replace. These are the ones that run down the center of your garage door. But you can also have extension springs, which are on top of the door.

How long should my new spring last?

Torsion springs will typically last anywhere from 6 months to 15 years, depending upon how much stress is put on them. If your home is at a high elevation, then the door will face more stress and need to be replaced more often.

How do I know if it's time for a new spring?

The garage door companies that we have talked with say that while you can continue using your current springs many times over, there are several signs to look out for to determine if it is time to replace the springs:

Bent or broken garage door – If you notice that your door has become bent or damaged, then you might want to consider a replacement. You probably don’t think that a simple accident could cause such damage, but we spoke with one garage door company, and they told us about a client who had an accident in which he drove over his garage door. It was simple, but it bent the track that supports the door and broke several cables. The owner didn’t have to replace his entire system, but the salesperson told him it would be cheaper to just make repairs when he called for a quote. But when he went to get prices from other garage door companies, they could save him money by replacing the springs instead.

Is it necessary to replace both springs?

Replacing both of your garage door’s springs will result in an even amount of tension on both sides. But if you only have a problem on one side, then you can get away with just replacing that one. But you’ll want to make sure that the other side is not showing signs of wear. If it looks like they will need replacing soon, then maybe you should replace them both simultaneously.

WHY CUSTOMERS ALWAYS CHOOSE US

This company have been absolutely fantastic, communication has been great and service was brilliant (fixed our garage door in 20 minutes). We would highly recommend and will be using again in the future!

Excellent professional and friendly service from Dave for a broken garage door. Arrived at the time agreed and had it working in hardly any time at all. ( I had spent hours trying to fix it in the past). Very reasonable price too. Highly recommended.

Great service. A tweak of the garage door was done free of charge as I had used them in November last year so under a year ago. Turned up when they said they would. I would recommend this company!

Call us today and we will send a technician as soon as we can! Or leave your information below and we will get back to you.